Thailand’s trade surplus with the US has now exceeded US$20 billion. Bloomberg reports that this could trigger the Thai currency to be added to the US Treasury’s watchlist of “currency manipulators”. 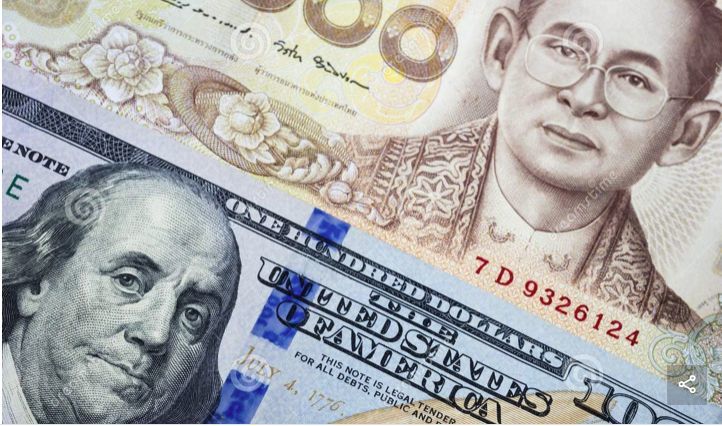 According to US Census Bureau data, the surplus reached US$20.05 billion in the 12 months up to the end of November 2019. That exceeds a $20 billion upper limit the US Treasury has set for bilateral goods trade deficits, and means Thailand now violates two of the three criteria needed to add the strong south east Asian economy and currency onto its watch list.

This latest development will increase scrutiny on Thailand’s currency policies. At the same time Thai’s senior finance officials have been working to rein in the baht’s 8% rise against the US dollar since the start of 2019, the fastest appreciation among major Asian currencies. The US is Thailand’s third-biggest trading partner.

Veerathai Santiprabhob, the Bank of Thailand Governor, speaking yesterday with Bloomberg, says that Thailand is engaged in a close dialogue with US officials about Thailand’s performance on key measures used to evaluate a “currency manipulator. He says Thailand is yet to verify a an alleged breach of the $20 billion trade surplus threshold with its own official data.

Veerathai also mentioned that the baht’s progress against the USD in 2019 should show that “no one should consider Thailand as one that has tried to manipulate” the currency to gain an export advantage. 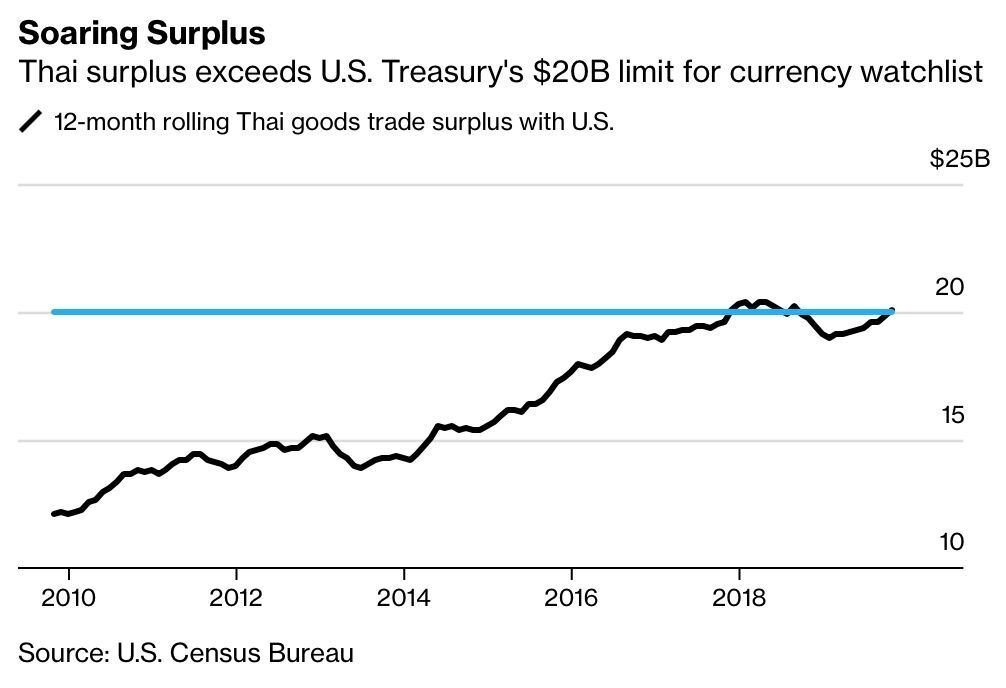 In a May 2019 report by the US Treasury, three south east Asian nations – Singapore, Malaysia and Vietnam – were cited for the first time with two violations each, while Thailand was charged with one: for its high current-account surplus.