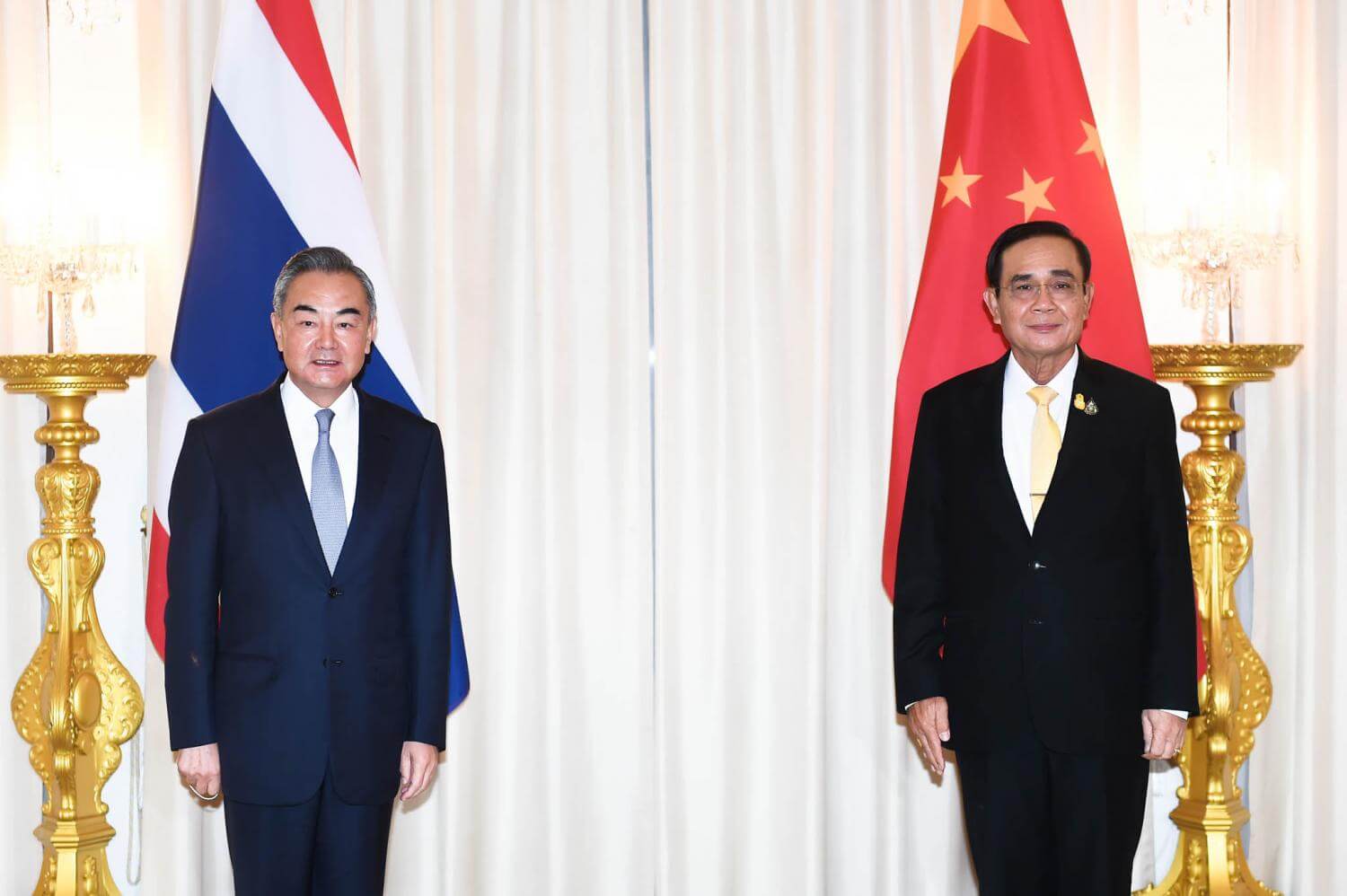 The GBA is a megalopolis, also known as the Pearl River Delta Economic Zone, consisting of nine cities and two special administrative regions in southern China. The pledge was made by Mr Wang during his meeting with Prime Minister Prayut Chan-o-cha at Government House, said government spokesman Anucha Burapachaisri.

Other key areas of investment cooperation which Thailand and China are jointly developing are digital, big data and 5G technologies and the development of the digital economy, said Mr Anucha. While the world faces challenges handling the Covid-19 pandemic, both countries see this as an opportune time to work more closely together for the recovery of their economies, Gen Prayut said in his speech at the meeting yesterday.

Mr Wang said it was a great honour for him to be the first foreign minister to visit Thailand since the Covid-19 outbreak began earlier this year, said Mr Anucha. Mr Wang congratulated Gen Prayut on Thailand’s success in containing the outbreak.

Gen Prayut commended China on its Covid-19 vaccine development that has already entered Phase 3 of human trials and praised Chinese President Xi Jinping for vowing to make the new Covid-19 vaccine a “global public good”, said Mr Anucha. Mr Wang said China will give priority to countries in the same region and those considered to be China’s friends.