Thailand may lose 2 million jobs due to coronavirus: Planning agency

BANGKOK (REUTERS) – Thailand may lose up to 2 million jobs this year, particularly in the tourist industry, as the novel coronavirus outbreak undermines economic activity, the state planning agency said on Thursday (May 28). 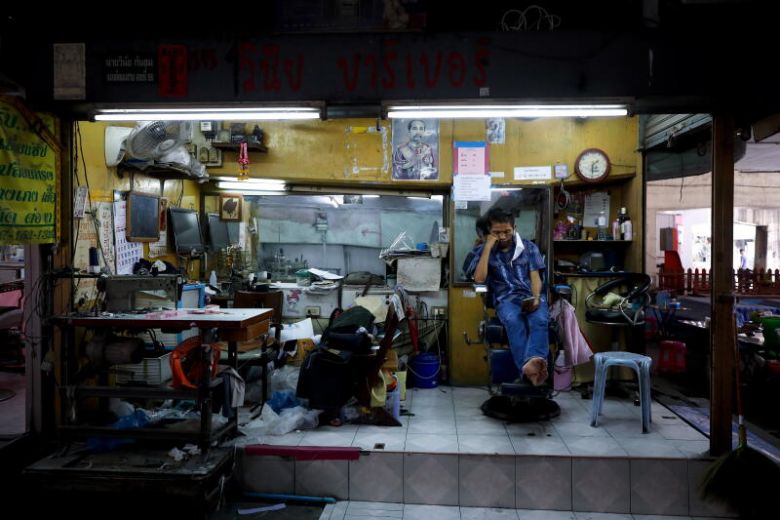 About 8.4 million people are at risk of losing their jobs – 2.5 million in the tourist sector, 1.5 million in the industrial sector and 4.4 million in other parts of the service sector, Mr Thosaporn Sirisumphand, head of the National Economic and Social Development Council, told a briefing.

“But government relief measures and ones to rebuild the economy as well as the reopening of businesses in May will help increase jobs,” he said.

The expected jobless rate of 3 per cent to 4 per cent this year – compared with about 1 per cent normally – would be around a level seen during the 1997/98 Asian financial crisis, Mr Thosaporn said.

“That is based on an assumption that the outbreak situation can be controlled from May, which will spur economic activity”he said.

In the first quarter, the jobless rate was 1.03 per cent, up from 0.92 per cent in the same period a year earlier.

The agency predicts South-east Asia’s second-largest economy will shrink 5 per cent-6 per cent this year, due to the outbreak, which has infected over 3,000 people in the country.

This comes as Thailand on Thursday reported 11 new coronavirus cases and no new deaths, bringing its total to 3,065 confirmed cases and 57 fatalities since the outbreak started in January.

The cases were Thai nationals in quarantine who recently returned from overseas, including four from Kuwait, six from Qatar, and one from India, said Mr Taweesin Wisanuyothin, a spokesman for the government’s coronavirus task force.

There are 2,945 patients who have recovered since the outbreak started.