The Thai economy’s slumped by nearly 2% year-on-year during Q1, 2020. In it’s full-year forecast, the National Economic and Social Development Council forecasts that the Thai GDP would drop 5-6% for the year. As a comparison, the economy tanked 7.6% during the 1997 financial crisis. The Gross Domestic Product in Q1 dropped by 1.8%, compared to a rise of 1.5% in the last three months of 2019, according to their report.

The services sector reduction was mainly because of the decreased number of tourists, which has hit related sectors, particularly affecting transportation and storage, and accommodation and food service activities.

In March this year the Bank of Thailand forecast the Thai economy to shrink by 5.3% this year, the first contraction since the 2008 global financial crisis. 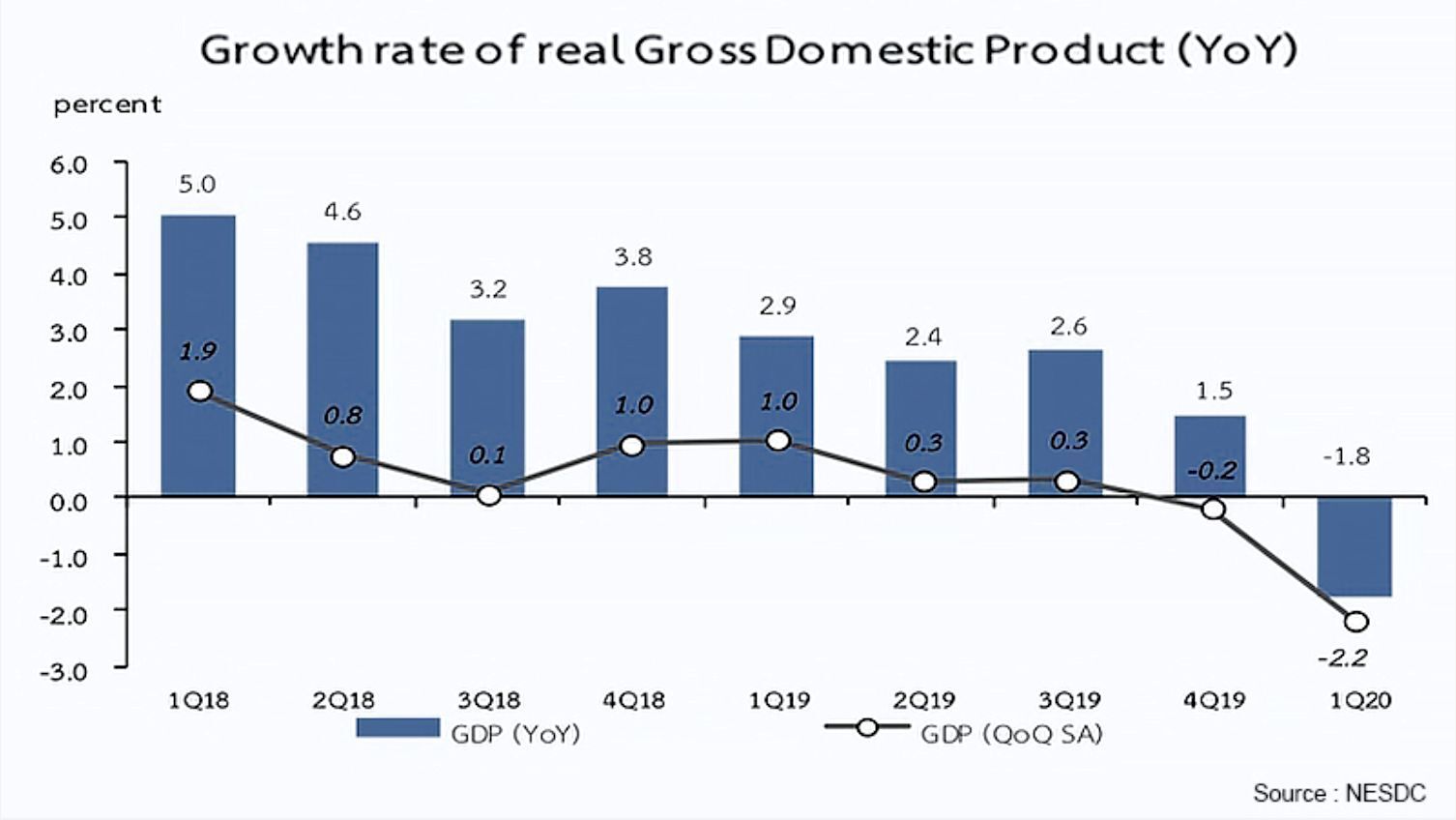