Thai exports down 4.5% in October 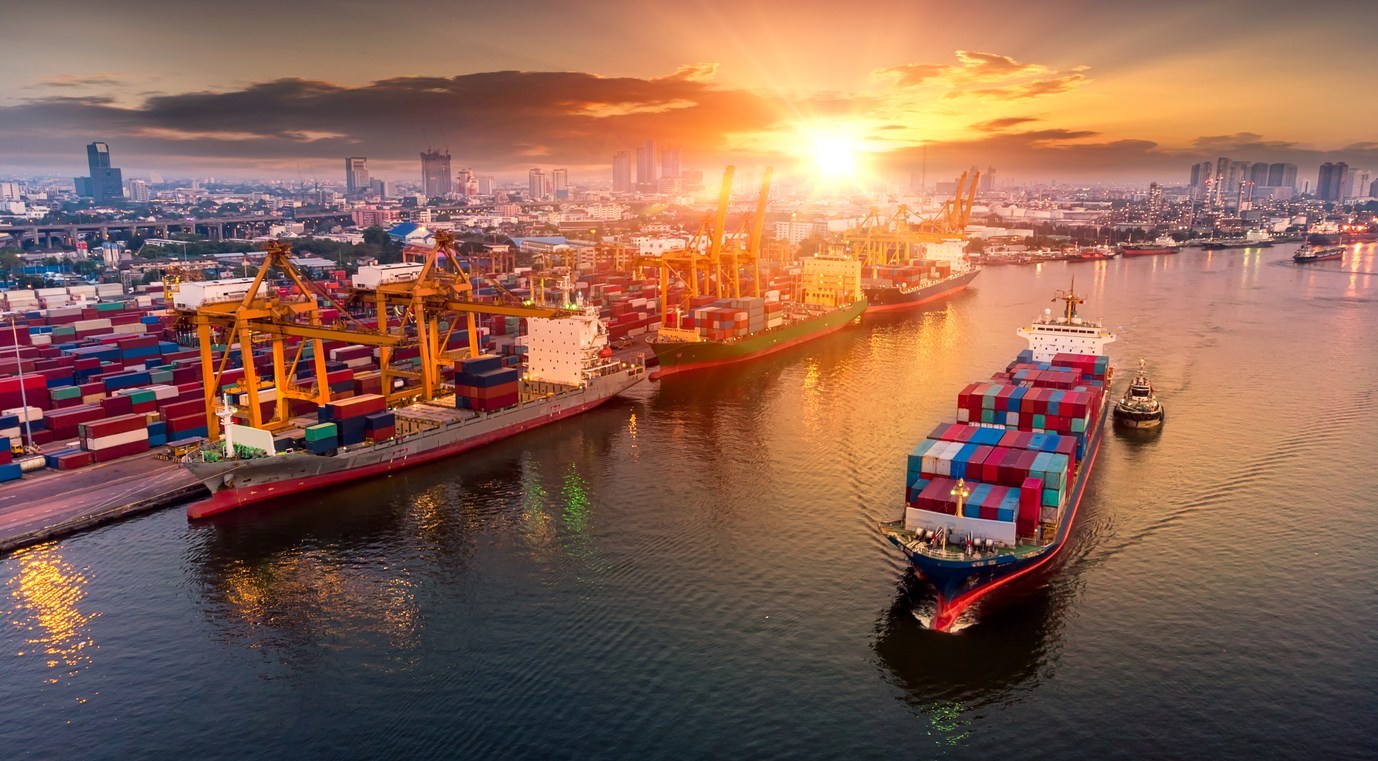 Logistics and transportation of Container Cargo ship and Cargo plane with working crane bridge in shipyard at sunset, logistic import export and transport industry backgroundBANGKOK (NNT) – The overall export sector performance in October 2019 has lagged for the third consecutive year, resulting in a negative 4.54 percent growth, mainly due to the consequences of the trade war between the U.S. and China as well as lower oil prices.

The overall export sector performance in the first 10 months of 2019 remained negative.

The Thai export sector in October 2019 was valued at 20.76 billion US dollars, a 4.54 percent deficit due to a 25 percent decrease in the oil price affecting the export of petroleum products.

The ongoing trade war between the U.S. and China still contributes to an economic slowdown among trading partners.

Thailand’s export to China have reduced by 4.2 percent, while exports to the EU, ASEAN, and CLMV countries have also seen a reduction.

The Trade Policy and Strategy Office (TPSO) Director General Pimchanok Vonkorpon, said today the export figure in December this year is likely to return to positive growth due to year end demand, however the overall export performance this year is expected to be a negative 1.5-2 percent, with 250 billion baht in gross value.

She said exporters have started to adjust to the cicumstances and perform better compared to when trade sanctions recently hit, as shown from the expansion of exports in food and farm products such as sugar, vegetables, fruit, and frozen chicken; as well as computers and parts which have shown their first growth in 13 months.

The TPSO chief said she is positive the overall export performance of Thailand will swing back to 1.5-2 percent growth next year, thanks to international marketing strategies and an expected deescalation of the trade war, which will positively affect global trade and commerce.