Finding a job can be difficult for someone who has just been released from prison. The Thai government wants to change that. They plan to build skill development centres for inmates and provide tax breaks for companies hiring ex-convicts. 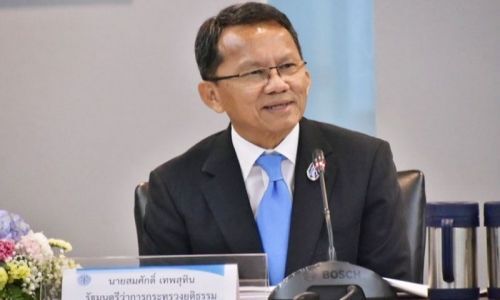 Minister of Justice Somsak Thepsutin spoke of the skill centre plans at a meeting over the weekend. The proposed centres are part of an initiative to reduce the unemployment of former prisoners. Since February, those who hire ex-convicts get double tax deductions for 2 years. The Bangkok Post did not elaborate on exactly what skills inmates will learn, but says the skills should help with them find jobs after release and fill jobs that are in demand.

A prison in Chiang Mai gained international attention for providing massage services from inmates. Training the prisoners in massage is aimed to help them reintegrate into society after their release. There’s even business in Chiang Mai called “Women’s Massage Centre by Ex-Prisoners.”

Thepsutin says if new prisons are built, they will be so-called “soft” prisons which will house centres to help train inmates in certain skill sets. Bangkok Post says he also urged other ministries with large land holdings to surrender some of their property to use for the skill development centres.