In Thailand, where a person died without having executed a will to govern the distribution of his assets, the provisions of the Thai Civil and Commercial Code govern. Under the said law, the whole estate of the deceased person or the decedent will be distributed to his statutory heirs. Intestacy may also be partial, like when the testator made a will but nevertheless did not dispose of all his properties. In this case the remaining assets which were not disposed of by the will of the testator will be distributed to the statutory heir in accordance with Thai laws.

In Thailand, there are six classes of statutory heir namely: 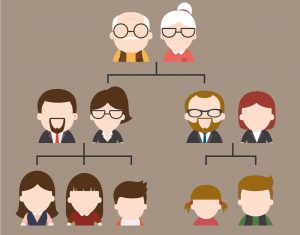 The surviving spouse is also considered as a statutory heir and the share of the surviving spouse depends on who she/he concurs. If the decedent left several wives who acquired their legal status prior to the effectivity of the Thai Civil and Commercial Code, all wives shall inherit equally. However, as between the wives, the secondary wife is entitled to only one half of the share to which she is entitled.

The statutory heirs of the same class shall be entitled to equal shares under the laws of Thailand. If there is only one heir in that class, he or she gets the whole portion. The share of the surviving spouse shall be in accordance with the following:

Under the Thai laws, when upon the death of a person, he left no statutory heir; the estate of the deceased person shall pass to the State, subject to the rights of the decedent’s creditors.