In Thailand, a testator may disinherit any of their statutory heirs only by an express declaration of their intention to do so. Unlike in other countries in the South East Asia, The Civil and Commercial Code of Thailand does not provide for specific grounds for disinheriting a statutory heir but does provide for grounds from which an heir may be excluded by law to receive their share of inheritance. 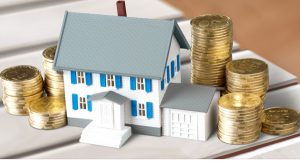 Thai Civil and Commercial Code states that disinheritance of an heir can only be through an express provision of a will, or through a writing which is filed with the competent official. Also, the identity of the excluded heir must be clearly stated in the will or in the written instrument above mentioned. Nevertheless, it is implied that when the testator distributed all his assets through a will, all the heirs that are not included under the will are deemed to be disinherited.

An heir in Thailand may also be excluded from succession under Section 1606 of the Thailand Civil and Commercial Code if they are deemed unworthy. An heir is considered as an unworthy under the following circumstances:

Nevertheless, although the heir is considered unworthy under Thai laws, the testator may remove the exclusion due to unworthiness through a pardon made in writing. A declaration of inheritance may also be revoked by the testator either through a will or a written instrument deposited to a competent official. Speak to a lawyer if you wish to draft a will in Thailand for more information.