The Ministry of Finance has now cut the country’s economic growth outlook to 2.8%, from the previous 3%. 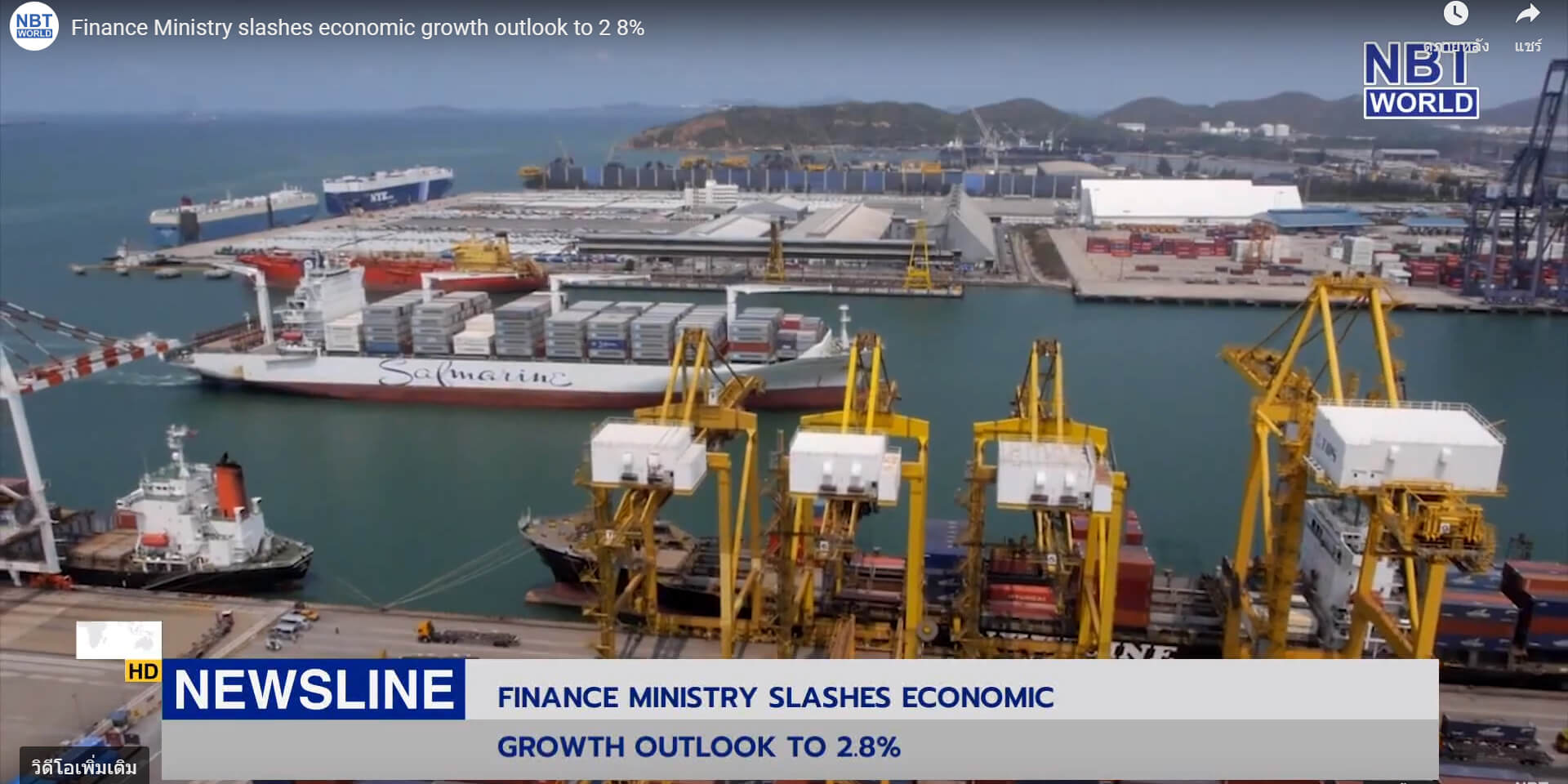 BANGKOK (NNT) – After three quarters, the global economic slowdown and the ongoing trade war between China and the United States, are still having an adverse impact on the Thai economy.

The Ministry of Finance has now cut the country’s economic growth outlook to 2.8%, from the previous 3%.

The Director-General of the Fiscal Policy Office (FPO), Lavaron Sangsnit, said today that export contraction is one of the factors dampening the Thai economy. The ministry downgraded its 2019 estimate for exports to a decline of 2.5% from an earlier 0.9% decline.

Mr. Lavaron said that short-term economic measures can support the economy to some extent. The government’s Chim, Shop, Chai (Taste, Shop, Use) economic stimulus campaign has injected at least 10 billion baht into the Thai economy.

The government has provided loans worth 34 billion baht in total to help farmers, while tourist arrivals have continuously increased.

The revocation of the Generalized System of Preferences (GSP) on Thai products by the United States will affect the export sector, but Thailand still has six months to prepare and negotiate. With support from the government’s fiscal budget of 3.2 trillion baht, the FPO forecasts that the export sector will grow 2.6% next year, with the Thai economy expanding 3.3%.