Looking forward, EGCO Group is planning to convert its former power plant land in Rayong into an industrial estate within the Eastern Economic Corridor (EEC) and is seeking other investment opportunities, particularly in LNG. 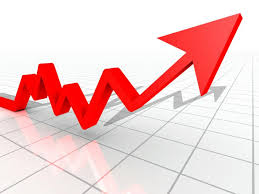 Jakgrich Pibulpairoj, president of EGCO Group, said in a Wednesday release, “For the first quarter 2019 operating profit before the effects of foreign exchange, deferred income tax and lease income, the company booked Bt2,915 million, a decrease of Bt13,223 million compared to the first quarter of 2018.

When gains from the disposal of investments totalling Bt14,162 million are excluded, the normal operating profit before the effects of foreign exchange, deferred income tax and lease income increased by Bt939 million or 47 per cent when compared to the same period last year, due to an increase in power generation business of Bt1,028 million, he added.

Regarding the progress of new investments, the group is currently creating a master plan and doing an Environmental Impact Assessment (EIA) for the development of the industrial estate in Rayong.

“We will convert our old power plant in Rayong into a smart industrial estate to serve rising investment in the Eastern Economic Corridor (EEC),” said Jakgrich. “Additionally, we will seek opportunities to invest in related businesses, such as LNG, both domestically and overseas.”