Buddhism is the primary religion in Thailand and it may be a surprise to some that marriages can be terminated through civil enacted divorces. Like many other countries too, the number of divorce cases in Thailand has been increasing in the past years. Divorce in Thailand is classified into two general areas. The uncontested or contested divorces. Uncontested divorce is effected through mutual consent of the spouses and can be obtained relatively easily at the local district office. Contested divorce on the other hand entails judgment by the court. 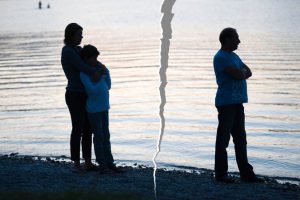 Unlike contested divorce and uncontested divorce need not go through court process. It does not also require any format. All that is required is that the agreement of the spouses to terminate the marriage which must be in writing, signed by them and must be certified through signature by at least two witnesses. The agreement should however be registered in the District Registration Office or Amphur. The spouses should produce the required documents such as the marriage certificate, the passport of the spouses as well as the identification card of the Thai spouse. A divorce agreement or prenuptial agreement of the spouses if there is any should be presented here as well. The divorce agreement should be in Thai and can include agreements or stipulations relating to property, child custody or guardianship, debts or liabilities and any other matter that the spouses are in agreement with.

Contested divorce on one hand is pursued by the spouse who do not agree to the termination of their marriage in their own accord. Thus, it needs court intervention. This time, the spouse who seeks divorce must prove the existence of any of the grounds stated in Section 1516 of the Civil and Commercial Code of Thailand. These include:

1. Adultery– The husband has given maintenance to or honored such other woman as his wife, or the wife has committed adultery;

2. Gross Misconduct– One spouse is guilty of misconduct, notwithstanding whether such misconduct is a criminal offense or not, if it causes the other:

3. Cruelty– One spouse has caused serious harm or torture to the body or mind of the other, or has seriously insulted the other or his or her ascendants;

4. Desertion– One spouse has deserted the other for more than one year;

5. Disappearance– One spouse has been adjudged to have disappeared, or as left his or her domicile or residence for more than three years and being uncertain whether he or she is living or dead;

6. Non-Support– One spouse has failed to give proper maintenance and support to the other, or committed acts seriously adverse to the relationship of husband and wife to such an extent that the other has been in excessive trouble where the condition, position and cohabitation as husband and wife are taking into consideration;

7. Insanity– One spouse has been an insane person for more than three years continuously and such insanity is hardly curable so that the continuance of marriage cannot be expected;

8. Breach of the bond for Good behavior– One spouse has broken a bond of good behavior executed by him or her;

9. Communicable disease– One spouse is suffering from a communicable and dangerous disease which is incurable and may cause injury to the other;

10. One spouse has a physical disadvantage so as to be permanently unable to cohabit as husband and wife;

Contested divorce takes effect on the day the judgment of divorce becomes final but will not affect vested rights until registration is made. Understanding the way to put an end to your marriage is the most important thing that you must consider when that hard decision has been made. Speak to a divorce lawyer in Thailand today for more assistance today!